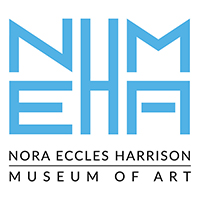 Exhibitions On View at Nora Eccles Harrison Museum of Art

American Farmer celebrates the living spirit of our heartland through the faces and voices of the people who keep it alive. Featuring 45 color and black and white portraits in addition to interviews with farmers from across the United States, American Farmer tells the inspiring stores of the stewards of this land.

When photographer Paul Mobley set out to capture the soul of our country's farm communities, he encountered an enduring rural culture that remains rooted in the principles of tradition, family, integrity, and hard work. Crisscrossing the country from Alaska to Florida, Mobley's photographs show the geographic and cultural diversity of the American farmer. His photographs are accompanied by anecdotes and memories of their subjects.

American Farmer is a traveling exhibition organized by ExhibitsUSA.

Farming and agriculture, the activities that feed us, are not usually the focus of landscape and outdoor paintings. However, artists constantly find bucolic, farming, and pastoral scenes an intriguing mix of nature and humanity. Celebrating agriculture through art, Barns, Cows, Tractors, Horses, Hay, and Farmers focuses on paintings, prints and sculpture from the collection. Instead of depicting landscape devoid of human presence, theses works of art reflect the imprint of humanity on the land in many different ways. A timeline of USU agricultural milestones will accompany the exhibition.

Dorothea Lange (b. New Jersey, 1895 - d. San Francisco, 1965), Russell Lee (b. Ottawa, Illinois 1903 - d. Austin, Texas 1986), and Arthur Rothstein (b. 1915, New York - d. 1985, New Rochelle, New York) are the three photographers who were hired by the Farm Security Administration to document rural Utah in the late 1930s. The portraits of agricultural workers and their families, and the land that the worked, provide a unique picture of Utah's rural past.

Drawn exclusively from the Museum collection, Women, Surrealism, and Abstraction endeavors to look beyond typical art historical boundaries and to begin to lay claim to a more holistic and complex view of art history—one that includes parties left out because of aesthetic biases based on a system of privileged white male patrimony.

During the 20th century, art made by women was often overlooked or dismissed by museums, collectors, and art historians. An ironic side effect of this absence of attention was that it lessened the constraints and dictates of the marketplace for women, allowing for increased experimentation and the pursuit of a personal vision in ways often less available for their male counterparts.

Until more recently, women of color—especially Native American women—have rarely been included in art historical studies focusing on Surrealism and abstraction. In addition, artists who work in ceramics, fiber arts, photography, and printmaking, rather than painting and sculpture, are often left out of these studies as well. However, Surrealism and abstraction offered women a glimpse of a world in which creative activity and liberation from societal expectations co-existed, allowing them to embark on the difficult path to artistic freedom.

African American Art, Social Justice and Identity addresses Black identity in the United States through works of art by ten African American artists and ephemera from collectives including the Black Panthers, spanning 1887-1989. Sourced from the Nora Eccles Harrison Museum of Art collection, these artworks provide compelling visual form to racism, discrimination, and inequity.

Civil unrest, Black Lives Matter and the killing of George Floyd have precipitated an unprecedented examination of systemic racism in this country. Institutions, including museums, are examining their own predispositions for suppression of racial minorities. In response, NEHMA is also looking internally and in particular evaluating its collection in terms of the representation of art by racial minorities, women, and LGBTQ+ artists. 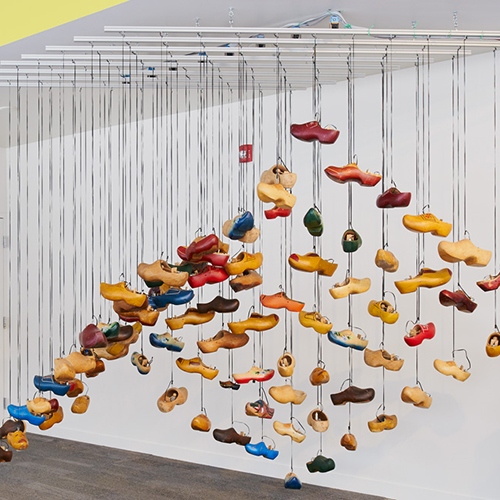